New Message from "The New Federation" to citizens of Nuevo..

New Message from "The New Federation" to citizens of Nuevo..

This message was posted on March 24, 2011 on the website "Blog del Narco", blogdelnarco.com. It is an apparent warning to the citizens of Nuevo Leon of an oncoming, all out assault on anyone associated with the Zetas. Per the message, it begins today.


To the town of Nuevo Leon:

"As you may have noticed, we have been cleaning the state of Nuevo Leon since scum reproduces and becomes a plague. You have noticed our presence in various sectors such as Guadalupe, Monterrey and San Nicolas.

We'd like to reiterate that as "The New Federation", we are committed to cleansing the entire territory from the filthy scum that has deprived you of sleep and the ability to go to work in peace.

We'd like to inform you that we had perviously warned all police, transit authorities and civil servants to cease working for, protecting and supporting the scum known as "The Zetas", but they don't listen and they don't learn. They continue to smear themselves with shit, touching the money that is given to them by those who call themselves bosses. They haven't learned their lesson and have lost their chance. They fail to understand that we don't want them to work for us, we don't need them. We really want them to do their jobs, instead they repeatedly choose to kneel to the scum.

Citizens, understand that this fight is not with you. It is against those who cause you harm. The only thing we want is to continue working our business in tranquility, not with the vile acts executed by the scum on a daily basis. Keep in mind that they do not respect themselves, they don't respect anyone, not even their families. You realize that they utilize children to sell their cheap merchandise. We have trained personnel, we don't work with subpar personnel.

Through this communique, we are announcing that beginning this Friday on March 25, the true cleansing will begin. Beginning in San Nicolas, we will exterminate the scum filled rats: Civil servants, police, and transit authorities. Say goodbye to your families, avoid being with them or using your children as human shields, do not risk it. Ultimately, the scum will meet their end regardless of where they are or who they are with. This will also happen to the neighborhood lookouts, "Neighborhood Watch." We have something very special for you, similar to what the transit authorties will experience.

Carlitoz, keep turning people in, but be careful. You know what can happen to you. Don't step on your own tail.

After we annihilate the scum in San Nicolas, we will continue over to other municipalities within the state of Nuevo Leon. We will share more details shortly." 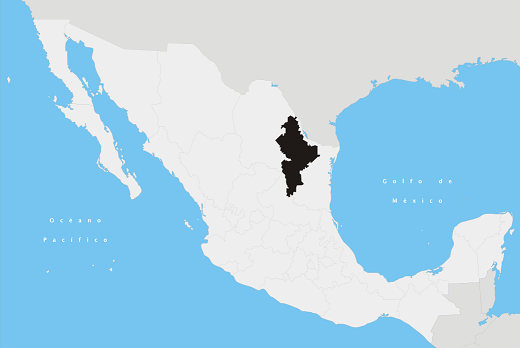 Posts: 592
Joined: March 14th, 2009, 10:51 pm
Country: United States
If in the United States: Arkansas
What city do you live in now?: East Side Sacra
Location: Sacramento

Re: New Message from "The New Federation" to citizens of Nue

I'm not familiar with the New Federation, can you educate me on them?
Top
Post Reply
2 posts • Page 1 of 1