ORALE HOMIE. MIS RESPETOS.
READING SOME OF YOUR POST, YOU GO BACK ALONG WAYS WITH THESE VATOS, ESPECIALLY HAVING A COMPADRE FROM VKKR.
I'D LIKE TO ASK YOU TO BREAK DOWN THEIR HISTORY, WHAT YOU KNOW, POR FAVOR about V. KING KOBRAS.
MY CURIOUSITY WAS AROUSED 'CAUSE I BUMPED INTO AN OLD VETERANO FROM THEIR RECENTLY, (At least 60 YEARS OLD)
THIS IS WHAT I (MARTINEZ) KNOW ABOUT VKKR:
* THEY ARE ORIGINALLY AN EAST LOS VARRIO OFF OLYMPIC BLVD.
DURING MY TIME IN THE CALLES; THEY WERE NOT ACTIVE ON THE E/S.
during the last 10 years their a bit more active on the E/S , I KNOW MY
LIL HOMIES from THE LOTT SUR 13 ~2nd HOOD ARE VERY COOL WITH
THEM, THEY BOTH GO AT WITH ELA 13.
* I KNOW THEY STARTED A WEST SIDE VKKR (APPX LATE 70'S /EARLY
80'S ???).. DONT KNOW IF THEY'RE STILL AROUND, I DID TIME WITH A
VATO NAMED CASPER W/S VKKR IN THE EARLY 80'S.
* APPX WHAT YEAR DID S/S VKKR START IN BELL GARDENS ?
ARE THEY STILL ACTIVE IN BG ?
* IS THE WEST SIDE VKKR STILL AROUND ? I dont hear about them.
* WHEN EXACTLY/ WHAT YEAR DID THIS VARRIO START/ORIGINATE ?
I KNOW THEY ARE A VERY OLD VARRIO.
* HOW DID THEY GET THEIR NAME "KING KOBRAS" ?
IF BY CHANCE I BUMP INTO THAT OLD VETERANO de VKKR, I WILL DEFINITELY ASK HIM ABOUT THEIR HISTORY, & POST IT UP RIGHT HERE, IN THE MEAN TIME, ANYTHING YOU CAN SHARE WOULD DEFINITELY BE APPRECIATED.

lonewolf
Posted: Mon Aug 09, 2004 7:38 pm Post subject: Re: VARRIO KING KOBRAS ~ VKKR
Que Ondas Martinez, in regards to WS KING KOBRAS, that was back around 1976-77, around Frog Town terreno as well as some in Echo Parque, back when ExP was dying out & WS White Fence also took root in their terreno. WS KK was for a short time being backed up by WS 18 ST due to a common enemy "Diamond ST" whom was at a very strong point, as well as WS WF and EP whom was the one losing ground, WS AL'CxP got in the mix also, but WSKK biggest headache was ES Primera Flats whom was taking it to them wherever and whenever. I saw one of those rare "1 on 1" between 3 vatos from Los Flips "EL GATO, EL FROG, EL CASPER - versus - these 3 vatos from WS KK - straight up putasos. I stood guard with some other Homies because the vatos from WS 18 ST wanted to jump in and we made sure they kept out of it., WS KK did not last for too long, I beleive most of those vatos were East Siders being driven out from their side but were not able to hold up on the West Side.
Too much pedo going all around in West Central L.A. during those times.

MARTINEZ.
Posted: Mon Aug 09, 2004 8:12 pm Post subject: Re: VARRIO KING KOBRAS ~ VKKR
LONE-WOLF, GRACIAS FOR THAT FIRME INPUT.
I KNOW IT DEFINITELY KICKED OFF BETWEEN KING KOBRAS VS. W/S 18th ST BEFORE OR DURING THE EARLY 80'S.
HERE'S HOW I KNOW: THE FIRST TIME I EVER WENT TO JUVINILE HALL IN THE EARLY 80'S, VATOS FROM 18ST. HAD AT LEAST 10 TO 20 HOMIES IN EVERY UNIT, & I REMEMBER WHEN THIS VATO CASPER de W/S VKKR ROLLED UP & SAT IN THE BACK WITH ME & ASKED ME "ANY VATOS FROM 18th ST HERE ?"
I SAID, " YOU SEE ALL THEM VATOS IN THE FIRST 2 ROWS UP FRONT, THEY'RE ALL FROM 18th ST."
DAMN, I KNOW INSIDE HOMEBOY PROBABLY "SE PANIQIO" PERO HE HELD UP & STOOD HIS GROUND, NEVER SHOWED ANY FEAR.
THIS VATO CASPER de W/S KK HAD ONE OF THE HARDEST "CHICANO STROLLS" THIS MEXICAN EVER SAW.
LOOKED LIKE A CHOLO "GEORGE JEFFERSON", CHOOOOOOWWWW....
Top

alonso
Founder
Posted: Sat Feb 07, 2004 12:27 am Post subject: Re: Bell and Bell Garden Gangs.
Interesting info. Here is what I have for Bell Gardens.

stateraised2000
Posted: Sat Feb 07, 2004 12:45 am Post subject: Re: Bell and Bell Garden Gangs.
out of that list the ones i remember that were there (bell) THEN are King Kobras, Marianna maravilla, playboys, primera flats, Queen Kobras, and Live oak. you have FostoriO boys. i dont remember them being a hood back then. it's spelled fostoriA. thats a street in BELL GARDENS. they probably did start a lil cliqua. and the King Kobras you have spelled King Cobras. its a double K. i think King Cobras is another whole different hood. the QUEEN KOBRAS are part of the KING KOBRAS. they the ladies from the KOBRAS. i remember Junior Mafia real well. they were beefing with my compadres hood (king kobras) and they shot my compadre in his hand thru the garage door when we were in there getting our drink on. the Jr mafia use to be right across from the park right off florence. yeah i remember so much shit from the maybe 10-15 years i was hanging out in that area...lol.
Top

Impala
Posted: Mon Jan 19, 2004 9:05 pm Post subject: Re: Defunct L.A. Gangs
Stoners 13 hold down the hood from the Gerhart/Ferguson corner (the area where those trains derailed) to Garfield, north to Whittier. (Some places other side of Whittier too.)
Lotta shooting there because "King Kobras" also deep on those blocks and claim same.
Last edited by Lonewolf on August 10th, 2004, 8:47 pm, edited 1 time in total.
Top

stateraised2000
Posted: Mon Jan 12, 2004 8:31 pm
back in the early and mid '80's there was a gang of s/s playboys in bell gardens. they were war'ing big time with my compadre's hood los KING KOBRAS...i use to see them every day and there was a ganggggg of them...
Top

ARE THEY THE SAME KING COBRAS THATS FOLKS

Lonewolf wrote:stateraised2000
Posted: Mon Jan 12, 2004 8:31 pm
back in the early and mid '80's there was a gang of s/s playboys in bell gardens. they were war'ing big time with my compadre's hood los KING KOBRAS...i use to see them every day and there was a ganggggg of them...

yeah i dont know shit about varrios up north from were i use to live ...but remember a playboy enanos clika or sum shit like that in south gate my ex had fam there and it was around cali av and tweedy blvd north east of that corner ..and heard of playboyz on the other side of the river next to long beach frwy west of eastern av and a street called jabonilia i think its the boredr of cudahy a town full of ss 18 and k dub wasnt a hood around clara st beefin with ss 18 st dbls wns pws also more west u have a clara st that was startin west of atlantic ...
and gibby what was ira street locos was them white fenceros ???
Top

shit I say KK vs. C12..now thats a rivalry..and still they are at each other necks...
Top

shit I say KK vs. C12..now thats a rivalry..and still they are at each other necks...

2018 and King Kobras and Choppers 12 still in conflict.
Top

Wassup everyone.. long time viewer, first time posting anything. Great site.. anyways why did it go down with VKKR and 18th street in the early days? Just curious. Gracias
Top 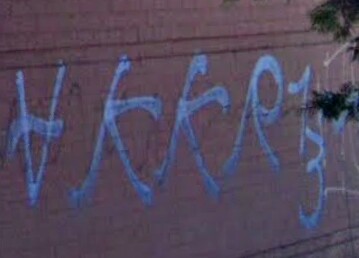 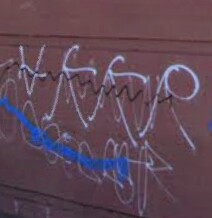 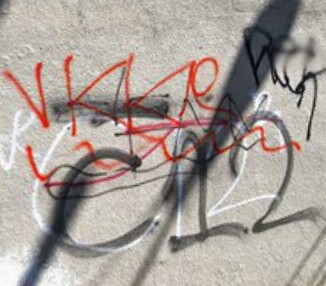 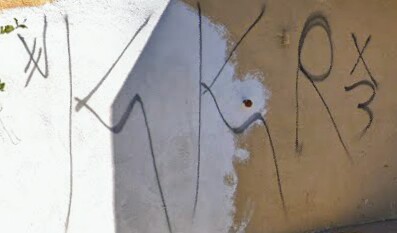