Anyone know this history of this set (BTLS 13)?

Here’s what I know so far (correct me if I’m wrong):

The southern part of their hood that connects to it: Union (W), Glendale (E), Beverly (S)

Started as “Big Top Boys Football Club” around 1981. Like a lot of gangs in the area from the 70’s to early 80’s, they started as a neighborhood football club. At some point in the 80’s they became Big Top Locos. Like Kitchen Crip, they take their name from a liquor store - the Big Top Liquor & Deli liquor store that used to be located at 1656 Temple Street. Neighborhood kids would go there to play video games, drink, etc. The liquor store was iconic in the area as it featured a giraffe-themed sign. The sign is still there today, and the building was bought by the animation company Screen Novelties, which I believe uses it as a studio. “Big Top Liquor” was removed and replaced with an x-ray of the giraffe’s neck and the words “Hi-Fi” were added for “Historic Filipinotown” (picture below).

It is said the first generation of BTLS were the kids and relatives of people from Temple Street and Diamond Street gangs who hung out together, as Big Top hood sits between both hoods. At some point Temple Street tried to make BTLS a clique, but they refused. 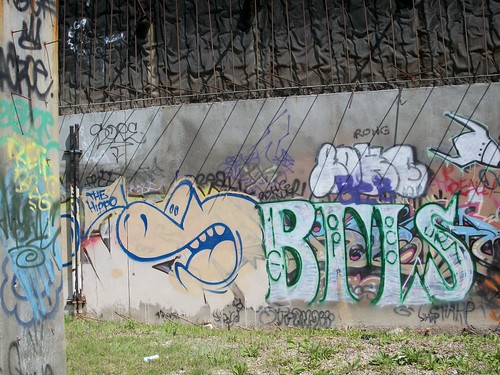