I hung out with people of the night in Berlin: Polish group

I hung out with people of the night in Berlin: Polish group

I got to tell you guys, it isnt the turks, russians, urkianians or even albanians that have a lockdown on the homeless and street lifestyle society down in Berlin, it is Polaks. The language is everywhere. The mission it is one group to another, one crew amongst many. Go to Warschau street or the street named after warsaw, and a whole black market is there mostly dominated by black or african drug dealers but plenty of polish husslers and huge groups of polish homeless and thieves in groups outside of the near s-bahn tunnels. The blacks knew this polish squad so well they would just start talking and following everytime we walked by to take a piss.

I got to know some of them, entered their secret world, and learned how they navigate from train to train, tram to tram, bus to bus. how they scour the entire city by night. how they have the schedules figured out when mission gives out food (loads of it in berlin as I was there one night) and I experienced being homeless myself (I am the polish guy kicked out of the u.s. recently constantly banned on here btw) and Berlin has to be the only city I would do it at in the world, the only one where you could kind of survive and be comfortable without having to officially work or even really steal.

You can get by the mission (gave me a sleeping bag plus food twice a day gets distributed I went once) and I hit my stuff in this park and slept in it that was gated at night so I had it all to myself in the nice or uptown part of berlin, while the polish crew were mostly at centrum or Alexanderplatz.

Anyway, I first ran into these guys and I only have this one pic of them from this day I took secretly after hearing their polish, when i went to alexanderplatz which is the main square in berlin full of shops and street music and husslers. I thought for sure they were russians or totally east euros in character people, maybe hooligans, when first seeing them from far away but then i hear the language. most of them had at least a couple missing teeth from streetfights and many had grown kids while they barely looked over 25. Most of their families were also trying to get them to come back or save fare money for them but they just got used to the life.

I will tell a funny story that feels like right out of a movie. In fact it reminded me, the situation, of the first godfather movie where Robert DiNero's character, older Corleone, went into that house with those two thugs, later underlings, to steal the carpet they promised him was safe and they knew the owner. Well, in my case they said they had a real warm place to sleep and asked me to join them. They also said they knew the main guy or that it was free for now by him, so I ended up going to this street near Warschau where a lot of action was happening outside. and all of a sudden one of them shoulder checked a main door and it opened.

So I thought ok, maybe it was just tightly shut but it didnt look like he broke no locks or nothing snd kept going with them. Then the same guy told us to kick back and be quiet. I got a bit tense at this point, but figured what the heck and kept going. Then some door in one of the apartments i side the building started creaking open and they all started bolting in different directions. I hid with the third guy. Then he yelled down in low voice, all is clear. and as we started heading back up we heard some loud bang. like he bolted a door in this time for real and opened it, but then some other neighboor got out and we left. at this time as the other guy hid and told me, “stay here. where are you going?” I just freaking bounced lol.

I had a bad image in my head of going down with them by a police raid for a robbery or burglary while i had an iPad and mac air with me in a backpack on me (they didnt know about as again this was all part of my pet project and the experience to live like them and not let them know i had any money or things valuable). It was straight like out of the godfather. you are hanging out with these guys and next thing you k ow some break in occurs lol. they were all masters at the night, masters of surviving urban lifestyle.

I have to give it to them, these were some of the most free people you can find in today’s hight ech and corporate world where most of us are slaves to suits and corporations working all day for nothing. they at least live it.they dont just talk about it but live it. I douldnt figure out why there were so many of them and polish here living that lifestyle but i didnt even see that many in poland like warsaw. either berlin draws them here from poland or i imagine they go in search of work or hope then get caught up in the life and never look back. pure freedom. 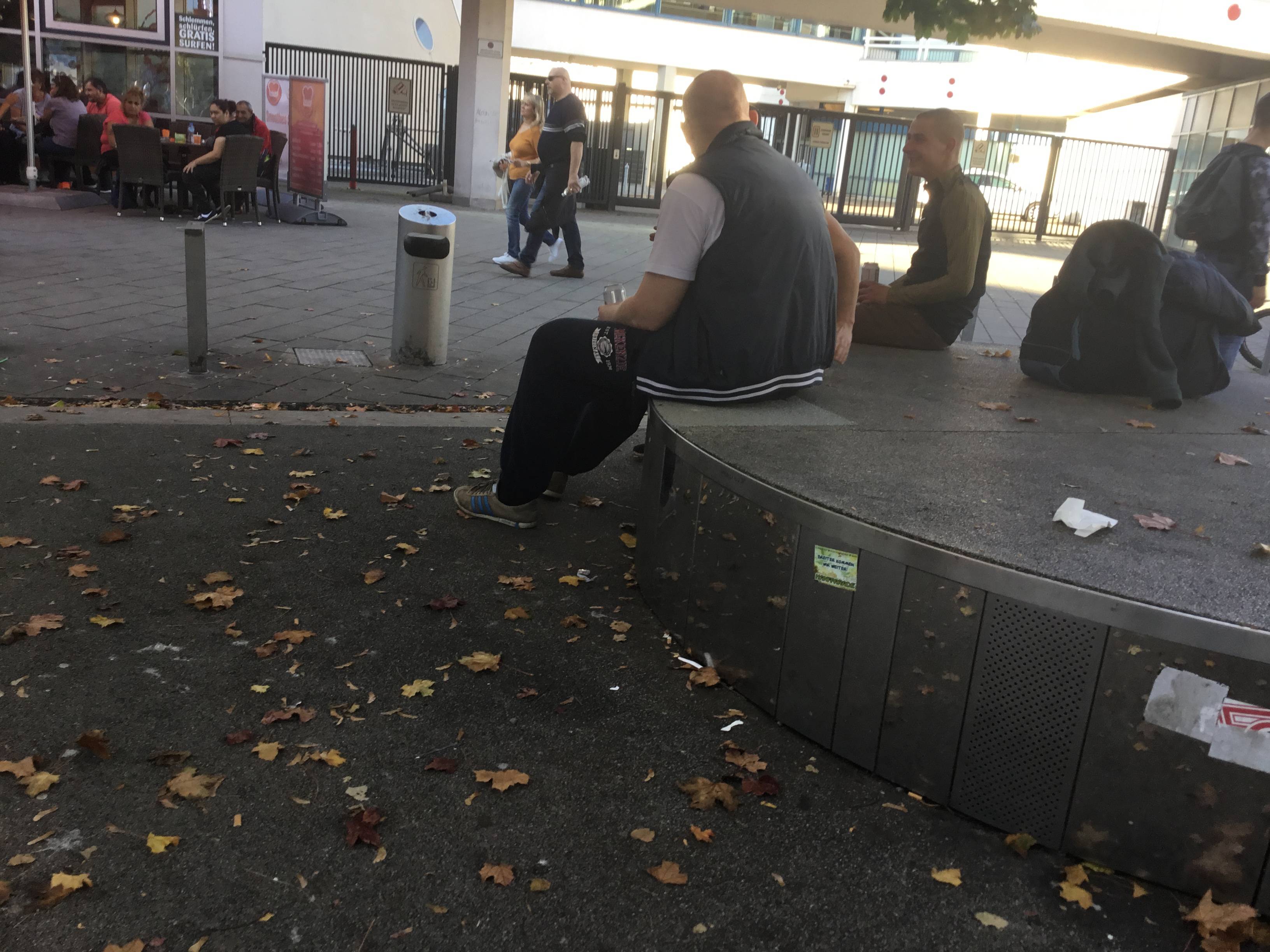 I even have vids of this but the next ay they were out and about and this is when I first said, hey you guys are polish, I hear the language while I had a patriotic uprising sweater on and it rolled from there. Oh and the skinny dude above picture arrested and who broke he doors is from warsaw apparently piękna street or has some family here (or he says).

Oh and one of the, had this act or hussle where he would do the robot dance while whistling and making sound affects.
Top

Re: I hung out with people of the night in Berlin: Polish group

What do you mean by "people of the night"?

Yea, there has been an influx of homeless people from eastern europe in Berlin in the last years. A visible increase. Romanians, Poles, Serbians etc.
But mind you, Berlin has always had a strong polish influence.
Top
Post Reply
2 posts • Page 1 of 1